Sandy was born raised in the beautiful Ozarks in rural Missouri. During the Vietnam War she did her American duty writing to the Soldiers to encourage them. To make long story short…she ended up marrying a Pen Pal! The Blaser’s have been married for almost 40 years! They consider the greatest accomplishment in life…their 2 beautiful children, Amy & Eric, who are both married and live in the Midwest area.

While living in Missouri, Sandy & her husband worshiped and served in their local Church for 17 years. Over the years of faithfulness, Sandy has traveled the Midwest as a Music Evangelist and served as a guest speaker at Women’s Aglow & Ladies Full Gospel chapters, plus numerous Church settings. She also has been a guest on TV & Radio programs.

Sandy is an ordained Minister & along with her husband Terry, for the past 15 years they have been based in San Antonio Texas where they served as Missions Advocates, representing the Apostolic Leaders of the Nations.   Sandy has also actively served in Jamaica and Mexico. Over the years she has been a part of numerous Worship Team’s throughout San Antonio. In addition, Sandy has also led Prophetic Worship in San Antonio for citywide prayer/intercession.

The Blaser’s have recently semi-retired & along with ministry, they also are enjoying their family.  They now reside in Tillamook Oregon, where Sandy continues to serve as Spiritual Encourager to the Nations & loves to lead others to the feet of Jesus in Worship! 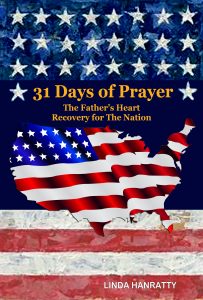